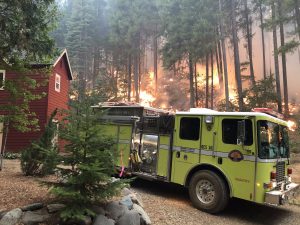 Firefighters were besieged by another onslaught of massive wildfires in early September. Governor Newsom declared a State of Emergency  on Sept. 6 in the counties of Fresno, Madera and Mariposa for the Creek Fire, in San Bernardino for the El Dorado Fire, and in San Diego for the Valley Fire.

Get the latest news from Cal OES